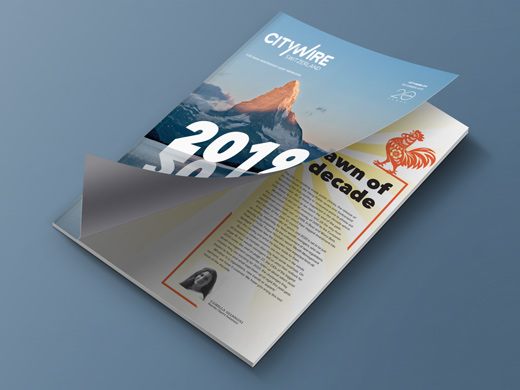 When a foreign investor thinks about Switzerland and its stock market, the first name that springs to mind is Nestlé. As of late, when you’re speaking to a Swiss investor, the name of the agribusiness giant has a good chance of being dropped. This year, Nestlé has been the engine of the Swiss market, gaining more than 30% – an annual yearly performance that hasn’t been seen since 2005.

Nestlé, which accounts for a full 20% of the Swiss Performance Index (SPI), has far outpaced this index since 2001, showing a total return of 389% against the index’s 184%. That said, alongside Vevey, there are a multitude of smaller companies that are also part of the SPI. And guess what? During the same period, they managed to deliver an even better performance, with +393% against SPI Extra (the Swiss small- and midcap index). As such, if you think that Nestlé has been largely over-bought recently and its potential is running out of steam, it is worth taking a look at the most dynamic asset class of Switzerland: the small- and mid-cap sectors, which may well be ready to rejuvenate after lagging behind recently with two years of underperformance.

how can we help you?

The Bruellan SA website is for information purposes only. It contains information on various financial products or services that are subject to an approval or listing in various countries. Access to this information is likely to be subject to various laws and regulations depending on the country from which this site is viewed. Therefore, it is the responsibility of each user of this site to comply with the laws and regulations incumbent upon him/her. In particular, we emphasise the fact that Bruellan products are not authorised to be distributed or sold to U.S. citizens or residents. The information provided on the Bruellan website under no circumstances constitutes an offer or solicitation to invest in one of the products presented and has no contractual value. Neither can this information be compared to canvassing or an initial public offering and can by no means be considered as exhaustive. The performances stated relate to past performances and are no guarantee of future results. Bruellan does not guarantee the truthfulness or accuracy of the information posted on its site and declines all liability in the event of direct or indirect damage incurred further to the use of such information. Circulation of the information contained on this site is not authorised in any form whatsoever except for downloading or printing for personal use only.

Using the site after having read this introductory notice constitutes the user’s acceptance to be bound by the requirements and reservations formulated here in.